Wine is frequently brought up in discussions regarding meal and beverage pairings. However, beer and food combinations are starting to get more popular nowadays.

Most professionals in the craft beer sector attribute the product’s popularity and influence to its dedication to the community. Independent brewers who produce craft beers have encouraged innovation and the introduction of new flavors, which is crucial in developing pairing menus.

Casual drinkers and beer connoisseurs from breweries with food offerings frequently speak in a language that seeks to describe beer flavors accurately and attributes. If you’re new to the game, you’ll notice that these terms are frequently used and challenging to understand. So to help you out, here’s a breakdown of the most commonly used beer terminology.

Light beers often have lower alcohol concentrations than other types of beer. According to the experts from a popular Vail liquor store, when beer enthusiasts and brewers talk about light beer, they usually mean amber-colored brews with a lighter flavor. Since light beer is easily adaptable, breweries with food frequently serve it to newcomers.

Dark beers have a thicker consistency, giving them a dark brown to opaque appearance. Dark beers are frequently featured in beer pairing charts, with a higher alcohol and calorie content than light beers.

When it comes to craft beer, hops are frequently the center of attention. Given the range of flavors they produce, their flowers are utilized in craft beer production. However, when brewers refer to the flavor as “hoppy” in beer pairing charts, they are referring to the overall taste, which is bitter and earthy.

Malt is the primary ingredient used in the production of beer. The amount of malt used influences the overall properties of beer, including its basic taste and texture. As opposed to hops, malt contributes to the beer’s sweet flavor.

Wine connoisseurs, beverage directors, and chefs have discovered beer as a versatile meal-pairing tool. The number of beer-and-food tasting events and beer and food pairing guidelines has grown tremendously.

To assist you here is a beer and food pairing guide to help you out.

Light Lagers are the lightest beer type and are noted for their refreshing and crisp flavor. They are generally moderate in flavor and rarely bitter or hoppy. This type of beer is popular in the United States, and many well-known brands produce it.

IPAs, or India pale ales, are one of the most popular beer varieties in craft brewing. IPAs are frequently medium in color and bitter in flavor, but double IPAs are prepared with additional hops and have a more bitter flavor. Several brewers add herbal or citrus flavors to make the bitterness more digestible.

Here are some foods that complement any IPA:

Wheat beer is brewed with wheat and malted barley, giving it a softer mouthfeel and less carbonation than regular beer. While wheat alone does not impart any flavor to the beer, many brewers choose to do so by blending in citrus and other fruity notes.

Foods that go well with wheat beer include:

Dark lagers have a particular flavor among the various types of Lager. They are prepared from roasted malts and usually contain caramel syrup, giving them a robust nutty flavor with a mild sweetness.

Here are some ideas for dark beer pairings:

Brown ales lack the bitterness and hoppy flavor of medium-colored beers. Instead, they feature flavors that are similar to porters and stouts. English brown ales are distinguished by their dry, nutty characteristics.

The pairing options for beer are immensely varied and go far beyond burgers and fries. In the past, beer was always considered more of an afterthought when considering meal pairings, but the craft beer trend has forced its way onto restaurant menus worldwide.

Understanding the fundamentals of various flavors, aromas, and textures will help you determine which foods go well with which beers and vice versa. Consider the guide mentioned above suggestions rather than rules so you can be imaginative and follow your instincts when selecting the ideal match. 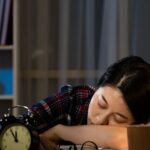 Snap Out of Sleepiness: 3 Ways to Stay Awake While Studying