Adults play a crucial role in developing their children’s eating habits. Not only do you have control over what your kids eat, but you also have a say in the environment they eat it in and how they feel when they eat it.

Ensuring that your kids eat healthily can be challenging if you don’t know what to do or have already started on the wrong foot. Luckily, some websites offer resources for parents to read when in doubt.

We’ve also compiled below some positive ways you can influence your child’s eating habits.

Eating meals together can help improve your children’s eating habits. You can pair this with establishing a regular time for meals every day. If kids snack shortly before meals, they may not be hungry when it’s time to eat, affecting their mealtime appetite.

Plan on serving snacks every 2 to 3 hours throughout the day. If your kid expresses an appetite before the usual mealtime, provide healthful items such as vegetables or fruits.

Family mealtimes are also important. Kids who share mealtime with their families eat more fruits, veggies, and whole grains and are more likely to keep a healthy weight. It also offers numerous other benefits, including enhanced vocabulary in young children and a lower risk of teenage substance abuse.

Be Your Kid’s Role Model

Parents and older siblings are key role models in young children’s lives. As a result, they’re likely to acquire the same eating patterns as their models. 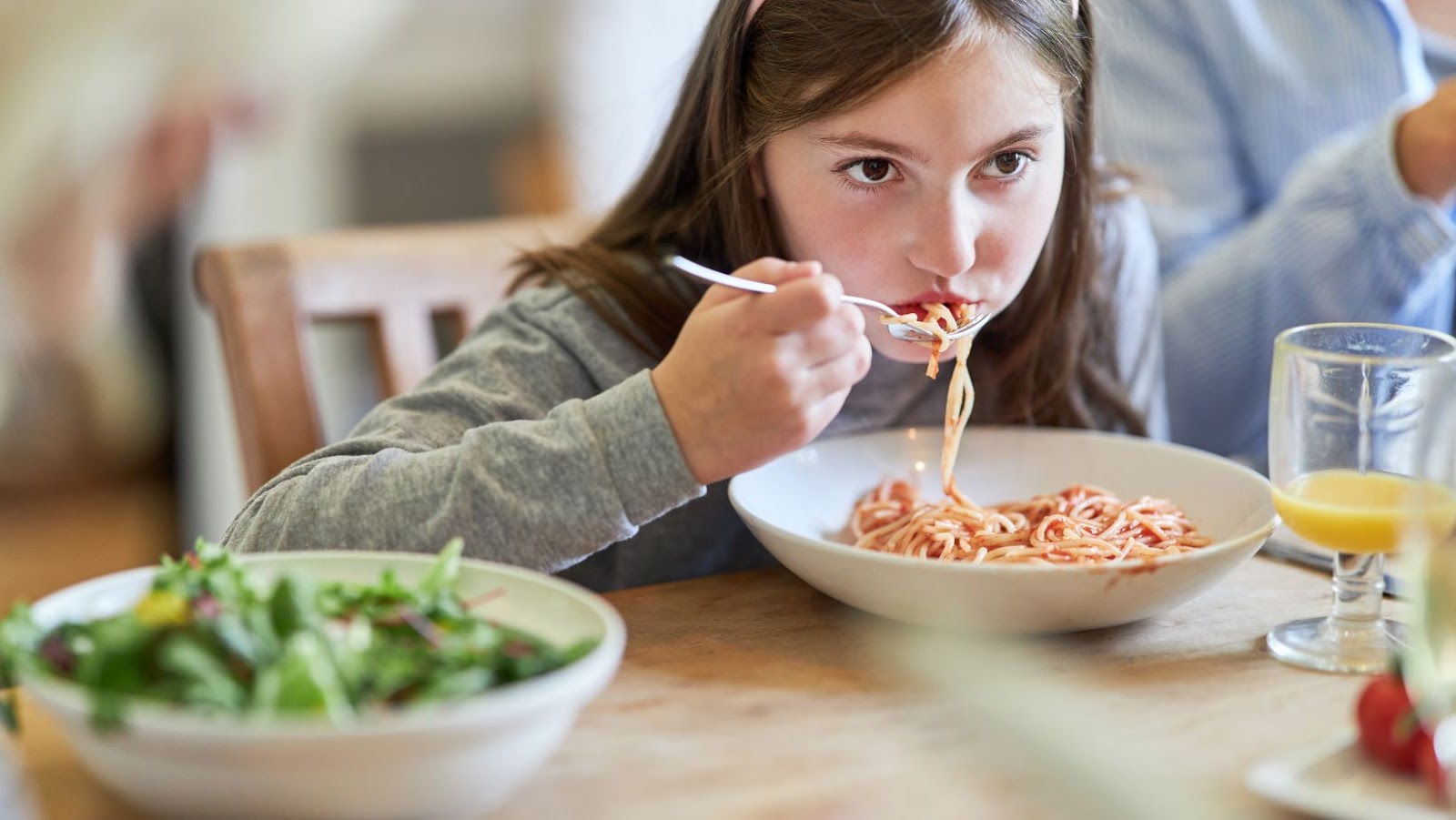 Ineffective modeling is caused partly by the environment since family members tend to dine out more frequently, leading to bad eating choices.

Neophobia, or the fear of trying something new, is commonly resolved in children with positive role models since they’re more likely to try unfamiliar foods if they see their models consuming them.

Modeling can enhance consumption in two ways: it can directly influence behaviors, or it might increase the likelihood of consumption, hence encouraging liking through more taste exposure. This was proven by a survey of over 550 families, which showed that children whose parents ate fruits and vegetables were likelier to eat the same food.

In either case, scientists urge that parents be active and positive role models. This includes eating diverse foods and routinely consuming fruits and vegetables.

Parents can also introduce their children to fruits and vegetables through movies, books, or gardening.

Another prevalent habit among well-intentioned parents is rewarding children for eating correctly. However, rewarding them with a delicious dish may defeat this purpose.

When tasty food is presented as a reward, kids prefer the prize food over the food their parents attempt to encourage them to consume. Furthermore, rewarding your kids does not allow them to build intrinsic motivation for healthy eating. 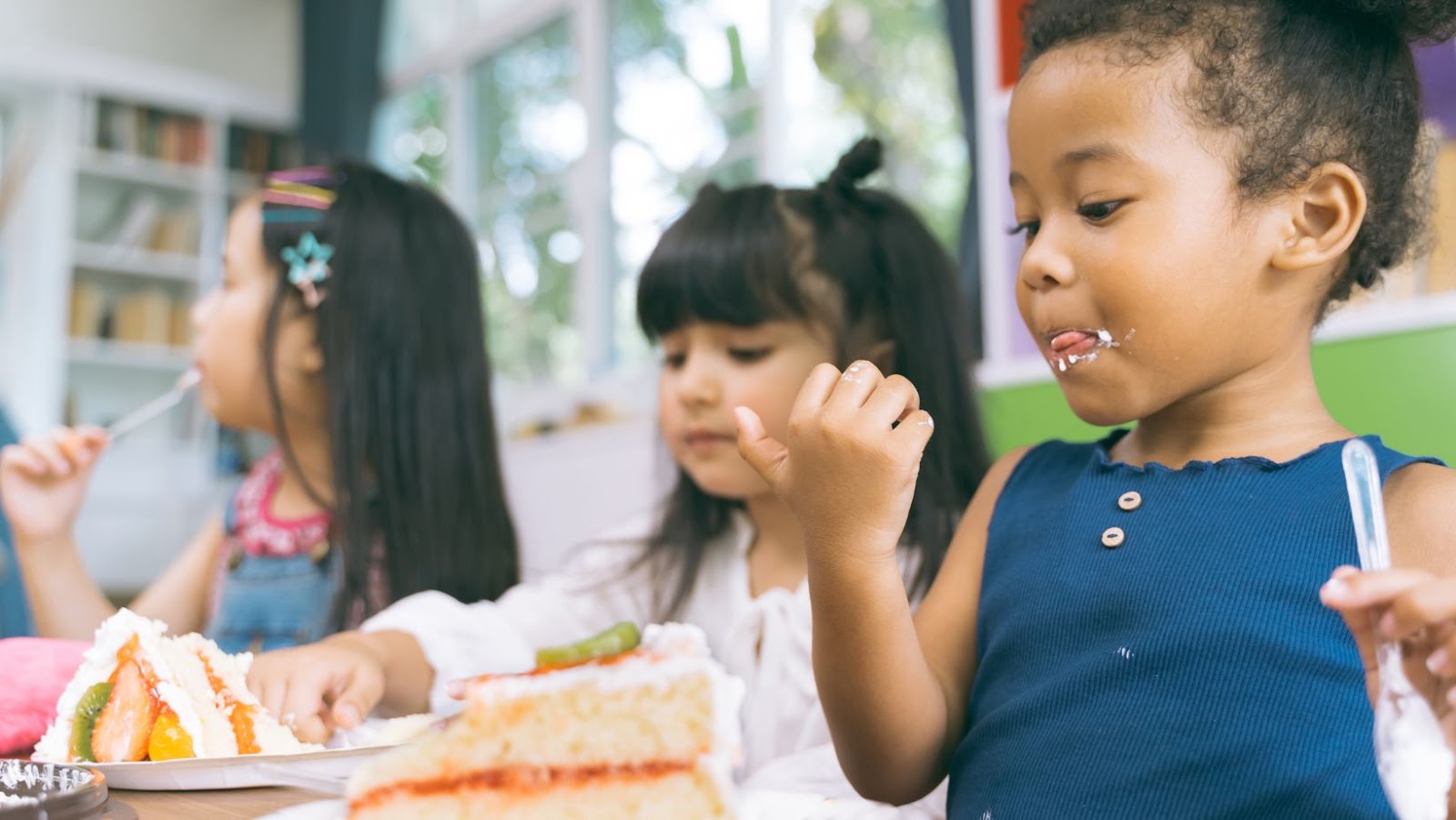 Offering kids various foods from a young age and frequent exposure to foods even if they don’t enjoy them at first may yield better results for parents.

At the same time, scientists acknowledge that humans, more especially children, frequently require rewards for motivation. A UK study indicated that exposing four to six-year-olds to veggies and rewarding them with a sticker if they eat it was more successful than exposure with verbal praise or just exposure.

Parents may ban highly delicious foods from their children’s meals in hopes that their children will choose healthier alternatives; however, this frequently has the opposite effect.

Taking away an excellent dish from your kid frequently enhances their desire for it. Furthermore, some studies have revealed that children raised by restrictive parents are more likely to become overweight later in life.

Restrictions can also lead to children eating when they are not hungry. This, in turn, may impair your kid’s ability to self-regulate.

A reasonable level of restriction, on the other hand, could be good. Still, more study is needed to define moderate limitations. 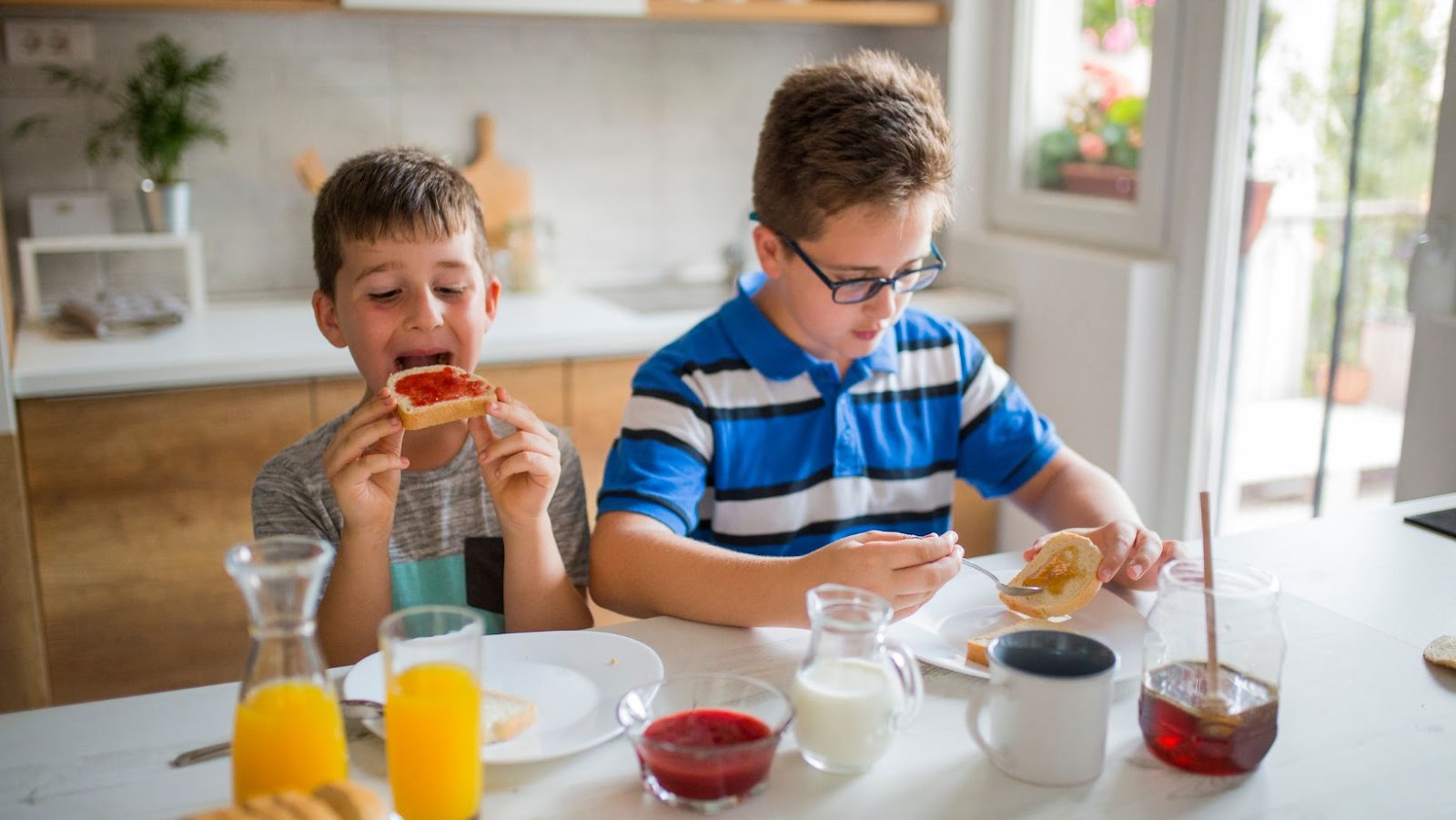 Contrary to restrictions, some parents pressure their children to eat fruits and vegetables, which can be harmful. Pressuring your kids typically discourages them from eating specific meals, which has also been linked to lower body weight and fussy eating.

This is not to say that pressure causes a lower body weight or picky eating; instead, it is thought that when parents have picky eaters or underweight children, they are more likely to press them to eat. Many scientists discourage pressuring because it can create a hostile eating environment and prevent children from self-regulating their hunger and satiety cues.

A child’s health is always a parent’s priority. By providing your children with a healthy eating environment and imprinting healthy eating habits on them, you can rest assured that you’ve created a lasting positive impact in their lives. 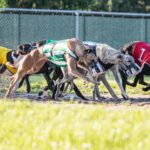 Tips and Strategy for Betting on Greyhounds 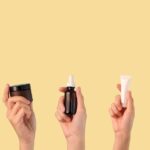