Poker is no longer exclusively a male game. Women are taking over, and these female players are amazing!

Achieving success in poker requires skill and practice. Variances and downswings can be frustrating in both live and online events. No matter how skilled the player is, it can be challenging to keep winning consistently, and one of the most important aspects is to play poker online at reliable casinos. In this article, we will take a look at the five top female poker players of all time.

Selbst may have retired from major tournament poker, but her $11.9 million in live tournament winnings make her the most successful woman tournament player of all time. Moreover, she is the only woman on the list of the Top 100 All-Time Money Players. Her poker accomplishments include three World Series of Poker bracelets, two consecutive NAPT titles at the Mohegan Sun in 2010 and 2011, as well as the 2010 Partouche Poker Tour Cannes championship. Furthermore, Selbst has appeared in televised and streaming cash games.

In poker, Selbst was a force to be reckoned with.

In recent years, Bicknell has emerged as one of the top poker players. Having finished second in the Global Poker Index Player of the Year rankings in 2016, she went on to win it three straight years – in 2017, 2018, and 2019. Additionally, she consistently ranks in the Top 10 overall.

In addition to winning $5.1 million in live tournaments, Bicknell has won a significant amount of money online as well. On the felt, she continues to be a dominant opponent.

One of the most well-known female players in Vegas, Harman has participated in some of the most prestigious cash games. Aside from her two WSOP bracelets, she has also won $2.8 million in live tournaments.

Harman played small-stakes games with a fake ID during her childhood in Reno, Nevada.

Her first job after graduating from college was at Harrah’s as a cocktail waitress. She was soon playing poker after work.

Within a few years, Harman moved up the stakes and headed for Los Angeles. Her frequent visits to the Bicycle Club Casino led her to become a regular. During the 2000 WSOP, she won a $2,000 No-Limit Deuce to Seven event for $146,250. Two years later, she added another bracelet by winning a $5,000 Limit Hold’em event for $212,440.

Getting women into poker wasn’t a trend back when Harman played. Furthermore, she continues to play at some of the highest stakes despite being a mother of two.

The player is a Los Angeles native who is well known in the poker world. Besides playing poker, Ho also serves as a commentator and host for PokerGO, and ESPN, among others.

In college, she played low-stakes games before moving to higher-stakes after graduation. Her live tournament winnings now total $4.1 million. Additionally, she has appeared on the television gameshows The Amazing Race and Deal or No Deal.

The skills and aggressiveness she possesses behind the microphone and at the tables continue to pay off.

Although she does not have the career totals of some other women listed here, Enright has consistently played poker since 1986. With over $1.7 million in live tournament winnings, she hails from Los Angeles. Her career includes some good accomplishments when poker was generally considered a man’s sport.

It was a year before some more history was made in the $10,000 Main Event. Enright finished fifth for $114,180, becoming the first woman to play at the most prestigious event in poker. In 1986 and 1994, she also won two WSOP Ladies Seven Card Stud titles.

It is hard to overstate the significance of Enright as a poker legend and groundbreaker. 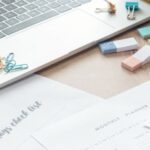 Tips on How to Create a Digital Banking App Interface

Gifts For Older Sibling When Baby Is Born?